The title of a song that Rolling Stone called:-

Written by Bob Dylan in 1963, he once introduced this song by saying,

“hard rain meant something big was about to happen”.

He was right……just a few decades early.

In this Topic I will argue that the confluence of circumstances and the latest communication tools; will accelerate the unstoppable change to the way we organise ourselves

I would argue that the driver for change, since the dawn of civilisation, has been the changes in our methods of Communication. Kevin Kelly wrote in 1999 Communication IS the economy.

I believe it is more, Communication IS Society

Human civilisation has had two distinct types of organisation to date and is in the process of transitioning to the third. The first two were driven by Oral and the Written word. The third is driven by the Digital Revolution

The first age: The Age of Tribes

Tribal Organisations were defined by Oral communications. The oldest Tribe is believed to be the San people some 140,000 years old. Tribal organisations reached the peak of their influence IMO, with Genghis Khan and the Mongol empire in some 600 years ago. Some more information was added in replies

The second age: The Age of Hierarchy

Evidence of the written word is some 5000 years old and provided the tool to change organisations. Over thousands of years they evolved to replace Tribes as the dominant organisation type:

Democratic Institutions through Royalty to Dictatorships. Typified by a combination of Inheritance, Status and Bureaucracy I argue they reached their zenith at the outset of World War 1. If you want one book to summarise the senseless slaughter of the “Great War” read: Gallipoli

Three members of my family served in the Great War:

My Great Uncle; Jack Joyce, lies buried in the Green Hill Cemetery far away, in Gallipoli. His older Brother: Tom, who served in the Coldstream Guards, lies in the Fields of Flanders I knew the third brother; Uncle Mick who survived the horror, although gassed in Flanders and invalided out.

I visited The Guards HQ; Wellington Barracks, a few years back having visited Toms’ grave in Belgium. During the visit I noticed other graves of 8 of his fellow Guardsmen, killed on the same day.

What story lay behind this loss of life?

I explained this to the NCO, who welcomed me when I outlined my request, with the words “No problem Sir, part of the family” He came back with the original war diary for 1st Battalion.
The Coldstreamers had been one of the first regiments to be dispatched and the the 1st Battalion had been virtually annihilated in 1914. The Folio sized red leather covered book had a 1 inch row to summarise the events of the day. Tom was killed on 11th May 1916 when the front was relatively quiet. (The Somme would start in just under two months)

I opened the book and started to turn the pages from early May and quickly realised his Company were working a 4 day on, 4 day off shift pattern. On 10th they entrained for their off shift. A time for rest and relaxation, you might think.

I turn the page to 11th May to read the words of the Battalion Adjutant written in fading pencil. "2nd COY of 1st BTN, OC (Officer Commanding) parade. Shell lands and kills 10. How unfortunate"

How Unfortunate!! No, you donkey, for whatever reason, you did not move the Rest camp out of the range of the German guns and as a result 9 men lost their life.… Were my thoughts, a 100 years after the events described. Trying to imagine, in a modern setting, the reaction to such casual disregard for their Soldiers life. A story of one days bloody harvest in one cemetery. By the end, millions of men, ground into the mud by Bullet and Shell. The survivors to return home and face Spanish Flu. Lions led by Donkeys

A phrase that is heard again today, when discussing the current leadership working under exactly the same Hierarchical establishment

100 years on; How have we lived up to the challenge implicit in the last verse of In Flanders Field?

Take up our quarrel with the foe:
To you from failing hands we throw
The torch; be yours to hold it high.
If ye break faith with us who die
We shall not sleep, though poppies grow
In Flanders fields.

The Age of Hierarchy started to die on the Fields of Flanders. It lingers on, but the pace of change is accelerating as we move to the Age of the Network.

Next week I will attempt to describe how this latest organisation type has been created and where it is heading. https://idd.org.uk/t/the-age-of-the-network/332

Please Log In and hit the reply button with any questions or comments. Open for comments until Saturday 13th June 0700

Thanks @ashish and @cbell for joining this first meeting. My notes of our chat are here.

Two days to close. Not sure about the personal stories? The idea came from Royal Marine “Dit”.
Rather than refer to a case study, use a story to make the point.

Killing the Rabbit was clickbait to encourage people to follow link:-) Detracts from the central thrust upon reflection and not effective

The Age of Leaders is wrong. I list out Leaders who have inspired me.
Shackleton, Frank Wilde, Steve Jobs, Churchill, Thatcher, Kennedy MLK, Nelson, Mandela, Dick Winters, Richard Branson, Ghandhi Linus Torsvald, Larry Wall The last two are very much a key part of the coming The Age of the Network

So I think Tribes led to The Age of Hierarchy 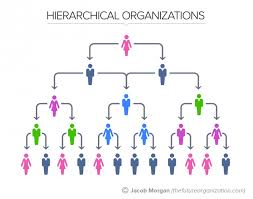 As opposed to The Age of Networks Org Chart

Which is where the idea of IDD logo came from @Mudman. Hope to have first draft to use in next Topic:-)

Will not revise Topic yet, but using this to capture my thoughts ahead of the F2F on Saturday 13th June at 0800

Expanding on The Age of Tribes

This article looks at research carried out by UCL, Whose Dr Dan Smith states

“Evolution is ruthlessly efficient. Any trait which does not confer a fitness advantage will be lost. Cave fish living in perpetual darkness lose the use of their eyes, for instance, while many birds moving to islands without predators lose the ability to fly. Storytelling has been universal since the beginning of modern human cognition so is likely to confer an evolutionary advantage.“

The article also states
The historian Yuval Noah Harari has also made the case that storytelling enabled human beings to survive and thrive. He suggests our capacity to share stories in the form of gossip enabled small tribes to grow because it let people know who they could trust. Research shows a group bonded by gossip alone cannot exceed 150 people. Harari says human beings used fictional stories to cooperate in numbers larger than 150. Harari goes on

“How did homo sapiens manage to cross this critical threshold, eventually founding cities comprising thousands of inhabitants and empires ruling hundreds of millions? The secret was probably the appearance of fiction. Large numbers of strangers can cooperate successfully by believing in common myths.“

Story telling is still relevant today. In the most hierarchical of organisations: The Royal Navy; the use of stories helped Nelson demonstrate to his Band of Brothers how he would deliver on the Command Intent. The use of Dit’s (Royal Marine slang for, usually embellished, stories) help foster the Commando values of Cheerfulness in the face of adversity. As I learned, inspired by Frank Wilde, when I got shipwrecked in Antartica…sometimes a smile is all that separates you from life and death.

I discuss what happened to my relatives in the Great War. It was this era that coined the phrase Lions led by Donkeys.

A phrase that is returning, to describe the performance to date by HM Government. The numbers are brutal. It has been reported that 25,000 more people died, due to Lockdown being delayed by 1 week

The delay of one week has caused a death toll 8 times that of 9/11
In this country.

I would argue that this abject performance is a combination of the Heirarchical organisation and the People within that organisation. In 4 years time Voters will have the chance to vote someone else in.

This topic was automatically closed after 5 days. New replies are no longer allowed.

Thanks @ashish and @cbell for joining me this morning

Chris joined from Switzerland and Ashish from India. A demonstration of how Asynchronous Communication works and why it is a key enabler for The Age of the Network.

We agreed that the three key constituent parts of a successful Network Age organisation are:
1. Transparency
2. Information
3. Empowerment

We also discussed how the process demonstrated by this discussion, would lead to more effective meetings

A post was split to a new topic: The Age of the Network

Setting up some animation stuff now as back from darkest Suffolk. Regret to say I can’t find the original file - can you send again, please.